Yes, it is easy to upgrade the free-edition from WordPress.org with the professional edition. This does not apply to custom changes to the free core or features added using extensions.

Here are some factors you should know…

This FAQ answer is being added while the pro edition is still new. There will likely be scenarios where a feature becomes disabled because the pro edition has expanded and requires more configuration.

There is also a slight possibility that a feature offered in the free edition is no longer the same – through constant updates over a few years. Maybe to a point where a user thinks that the original feature (in free edition) has been removed completely from the professional one. This should never happen and I’d want to rectify the lack of such a feature in my product especially because it would make upgrading appear more difficult than I claim. 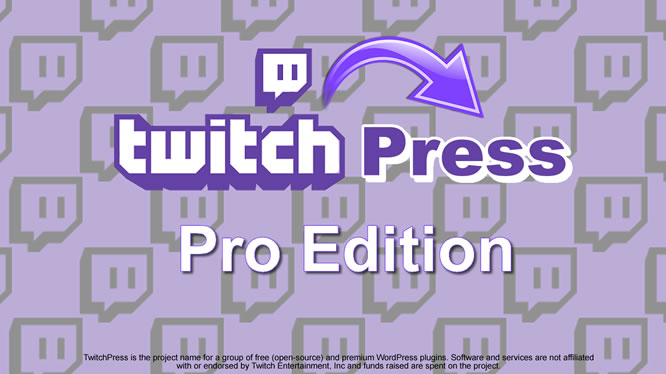 Development is already underway (it’s simple at this stage) and it changes the course of the free edition, which will basically be rounded-off and any areas where systems were expected to expand will now be brought to a finished state.

The pro edition will gain all newly developed features from here on. The free edition will focus on being a good core to a bigger system, much like a boilerplate for Twitch.tv projects.

Roll-back will only happen with code that isn’t in use or hasn’t been improved enough to be of common use i.e. some of the (never used by users) debugging options and the PHP code that goes with them. This will reduce the size of the package and make the plugin easier for users. I can compact settings and reduce the number of screens which means less searching/clicking for the right option.

No visual features will be rolled back and so nothing will change for visitors to the site.

Those who funded my development or provided support will have unlimited access to the premium edition. This isn’t solely because these users have paid but because they have carried out a lot of testing and will continue to be the first in line when new versions are released.

The premium edition will also be temporarily available on GitHub while it is being developed. The functionality offered by extensions will be imported into the new plugin. This has many benefits but so does an extension system for a free plugin because the free core can be trusted to stay as it is, allowing developers to stay familiar with it over months and years. 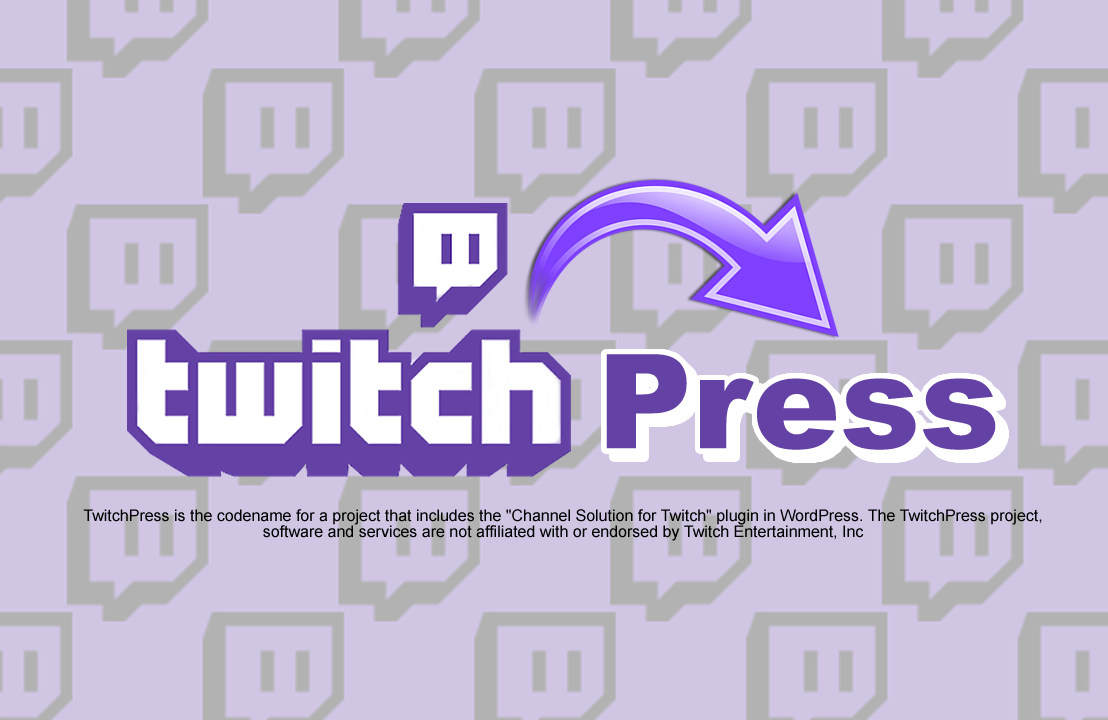 Well,  it’s not great news! After two years of working on the project, alone and without enough funding. I have to admit that we (myself and the community) have not achieved enough to make TwitchPress a viable solution…today. The plugin works for many as they need it to, despite some saying it doesn’t at all but it’s often just a configuration issue.

Despite it working for many, including streamers with thousands of followers and many subscribers. As of today, I will not recommend the installation of TwitchPress and I predict this status will apply until January when I can review progress in relation to the new Twitch API requirements. I will focus on existing users who have had it installed for weeks, even months and continue to gather user feedback from them.

Twitch.tv API version 6 has not been finished by the Twitch developers and they cancelled their plan to shut down version 5 for that reason. That has given me time that I wish I never needed because it means I’m behind. However, despite the extra time we have, I cannot guarantee readiness.

Nobody knows what the future holds so we need to be smart. TwitchPress needs to catch up on the work that has been finished for the new API named Helix! I’m aiming to have it done before 2019 and I’ll still have more to do when the Helix is updated. If this is not done before version 5 (Kraken) goes offline, TwitchPress will do nothing for anybody.

Year one was decently funded by a single member of the community but year two has not been. There has been an appreciated trickle of donations through Patreon.com and although the number of patrons has declined (just two today) I’m still full of hope for the future. 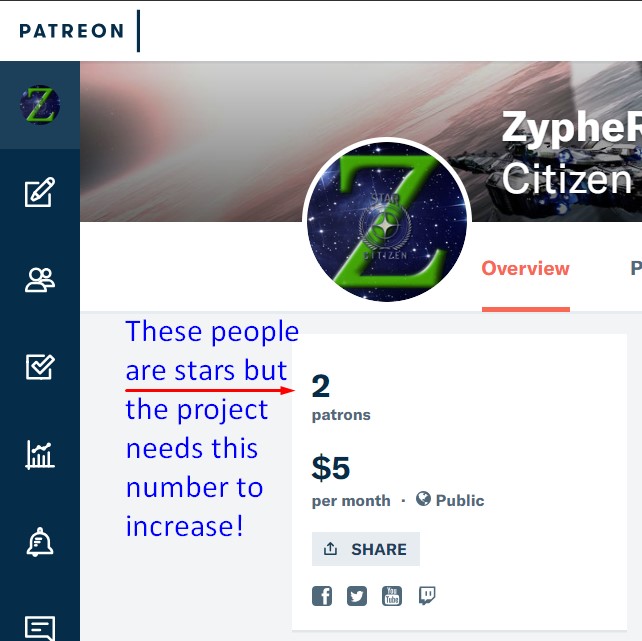 Their investment will never be forgotten and for two years I’ve dedicated myself to providing them with support, even for none TwitchPress issues. That will not stop either as the Twitch streamers I’m talking about continue to provide a professional level of feedback that helps me to prioritise.

I truly hoped that I’d make many more connections like this, with two-way support, but I may have been naive.

I’ve made it clear, over the last 12 months, that there is no funding for this project and I work alone. I’ve expressed the size of the project and the ambition behind it in an attempt to communicate the fact that users need to adopt a professional approach when building their WP site. 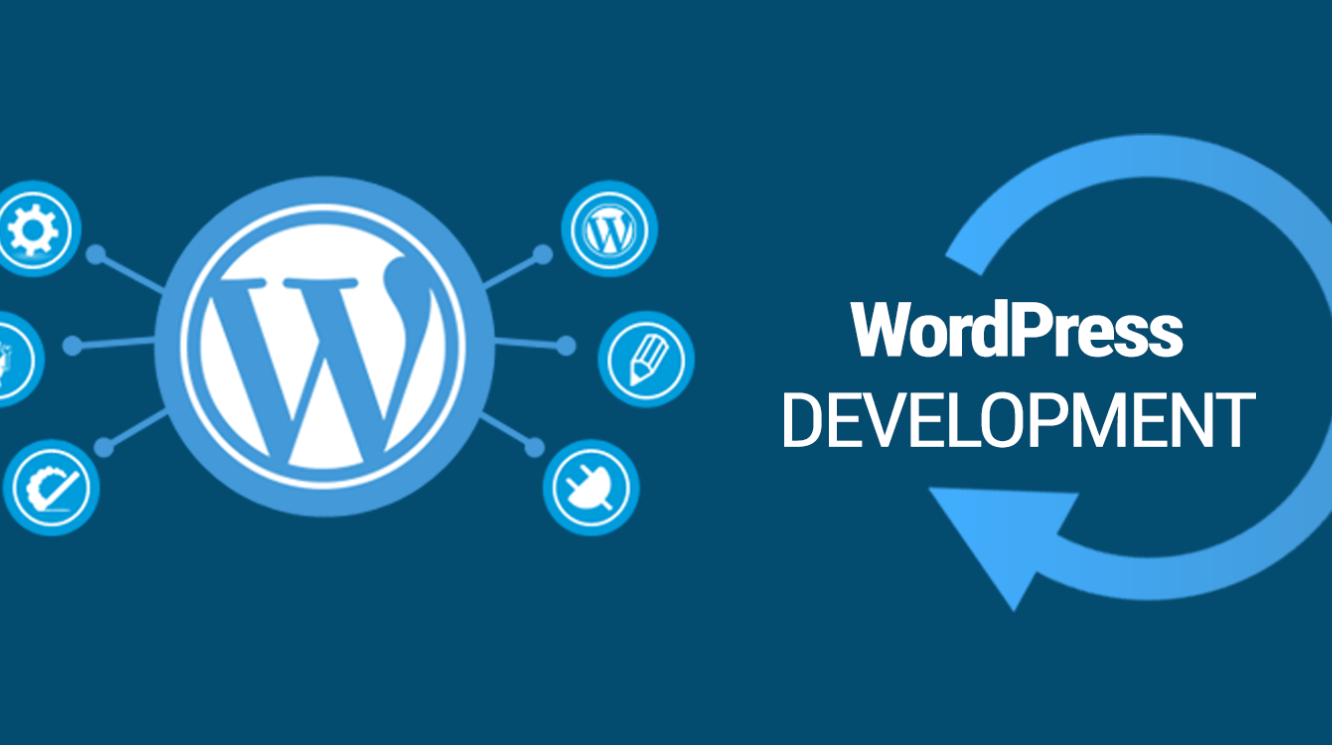 As per the plugins included licence, it’s for others to decide if they wish to make use of my work, how they use it, in whatever condition it is in. But I have always tried to encourage people to look at the bigger picture as this plugin is not just an add-on, it often becomes the backbone of a WordPress installation. This is a responsibility for me, even if the licence protects me.

It might be time to communicate the seriousness of this project and obtaining more funding by establishing a premium strategy, just as soon as the above issues are sorted. I would hope that a premium element would slow people down and make them truly consider their need for this plugin. Also, the level of dedication and investment they want to make because even from the very beginning I’ve stated that this project belongs to the Twitch community.

I can see what needs to be done to improve the core of the plugin but sometimes I’m adjusting older work and sometimes that wastes time in the long run. Often the first approach is exploratory and should be re-done when it starts needing attention. On the positive side, I know where, how and I’ve added plenty of issues to the projects GitHub to stay on track…however slow I’m going!

I don’t want to type much longer, there is much work to be done! The fact is I never-give-up and I don’t really know how to quit. So do not be under the impression that it has even been considered. Today, with this post, I’m simply ensuring that my communication with the community is covered and I have peace of mind when it comes to my reputation of being an honest developer who believes in transparency.

The gaming community doesn’t get enough truths and I don’t intend to add to everyone’s frustrations. That doesn’t mean I won’t and plenty great developers piss people off because we simply can’t truly foresee how a new project will play out.

Today, I’m going to spend some time considering a strategy for testing and improving performance. This will no doubt create a ripple of changes and is a branch of work that could take many hours itself. Getting it right, will truly make this plugin powerful and worthy of a premium status on top of full support for the new Twitch API. It is almost there, but not today and that status should not be ignored!

It is time to test the core plugin and all extensions. This post is being published in a new blog category and is part of a new approach to encourage community involvement. The testing of such a large and fast-growing project is tough work for a solo developer. I cannot reproduce every environment that the plugin will be installed on i.e. different server settings, different versions of WordPress, themes and third-party plugins all make up a unique environment for testing within.

Do not upload the entire zip file using the WordPress admin, it contains multiple plugins. You will need to copy the plugin folders into your WordPress installation. Put them in the “wp-content/plugins” directory.

Download the TwitchPress System from GitHub (beta branch) or from Discord #testing channel.

The standard testing procedure will involve activating error display and debug. We need to see errors, record or screenshot them and send log files to the rest of the team. So be ready to generate useful information that will help developers make changes quickly.

Go here to read about how to approach debugging in a simple way within the TwitchPress project.

These are the features and procedures that need to be tested.  Please communicate within the projects Discord rather than comment here when making your way through these tasks. Comment here only for more information to be added or updated on this post, please.

On a fresh installation of WordPress (do it live at your own risk) please activate the core TwitchPress plugin and then all extensions, one at a time. I need to see two confirmations that activation goes smoothly.

The third-party UM plugin had some key changes made to it. The UM extension that integrates TwitchPress with the UM plugin has been updated. We need to ensure that WordPress users Twitch subscription is synced with WP and the user is giving the appropriate UM role. This requires the use of the UM extension settings for assigning a UM role to each Twitch.tv sub plan.

This new extension takes the project to a new level because we are now working with another API and require constant syncing of data from a service other than Twitch. This means we need advanced queue management and asynchronous execution of tasks. In short, it’s a busy little system that needs to be done right to ensure our WP blogs run as good as the services we use.

This task involves using a shortcode that displays a visitors Streamlabs points for the main channel. Like every feature, it worked for me, but it is never that simple. Paste the following shortcode into a test page and display another user’s points by logging in as another user: [twitchpress_streamlabs_current_users_points]